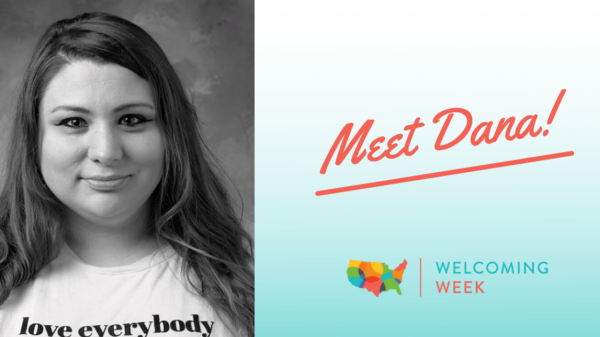 Background: I grew up in a small, but diverse city called West Liberty in a not-so-diverse state of Iowa. I never realized how valuable my upbringing was in that community until I left home and noticed how much I missed living among so many different cultures, languages, and beliefs. As diverse as our town was, I was one of very few “mixed” kids, and to make things more confusing, my little sister and I looked completely different though we had the same parents. She looks like my dad (who is Latino), and I look like my mom (who is white). My older half-sister took my dad’s last name too, so imagine the reactions we got with blonde hair and light eyes when we told people we were a “Dominguez”. Now, West Liberty is much more “mixed”, and it’s normal for us to know people who “don’t look like their last name” and hear people speaking a language fluently that they “shouldn’t know how to speak”. Those were just some of the many messages we were told from “outsiders” when we were young. Knowing how beautiful your community is on the inside and having to defend that to others who don’t understand inadvertently became my momentum in life when it comes to the work I do and the life I live. Where there was an opportunity to learn and another to educate, I followed, which led me to the positions I’ve held, the roles I’ve taken on and the committees I’ve joined. It’s also guided me in how I raise my own children. Now, I’m running for City Council to help give back to the community who raised me.

How you got to Iowa City: I had spent almost 4 years after college living in Los Angeles. I paid over $800/month for a run-down Hollywood apartment with no A/C, which was the size of my current living room here in Iowa. I took the long bus ride down Santa Monica Boulevard each morning to work in Beverly Hills – just so I could stand on my feet for 8+ hours (in heels) and be reminded of “how much bigger” I was than all of my co-workers who were trying to make it into modeling. While they ate ice chips for lunch and got their cardio in at the gym down Wilshire Boulevard, I ate whatever I wanted and watched Oprah during my lunch breaks. As much as I tried to be accepted and find a sense of belonging, nothing compared to how I felt when I would come back to Iowa. Though, I know Iowa City can get pretty rambunctious during football season, it still felt safe. I felt loved. I felt like I was an important part of a community – especially when I connected with people from my hometown in West Liberty. When I decided I wanted to feel that way all of the time, I gave up my dream of becoming the next “big documentary filmmaker”, packed my bags, and moved home. My first “real” job was working in the Publications department at ACT, where I finally got to utilize my creative skills and as one of the only “minorities” in the department, asked to be on a new committee aimed to help diversity the ACT campus and build a better reputation for our inclusive efforts. In 2011, I got the opportunity of a lifetime when I was offered a job in the then, newly formed “Chief Diversity Office” at the University of Iowa. It is now called the Division of Diversity, Equity, and Inclusion, and though I left that department almost 2 years ago, I am fortunate to still support their work in my current position at the University and help continue to facilitate some of the workshops that have helped change our campus for the better here at Iowa.

Why you decided to participate in the Welcoming Banner project: I’m passionate about sharing my story and my experiences if it can make just one more person better understand how important diversity is to not just a community, but to EVERYTHING we do in society. In West Liberty, we wouldn’t be where we are today if it wasn’t for the opportunities that the city provided immigrants and refugees who were seeking work and safety. Each person in our community is valuable and brings a unique lived-experience and knowledge that we need to thrive. Generation after generation, we have grown with each other as a city known for breaking barriers and shattering stereotypes that society often places upon communities of color like ours. At the University of Iowa, there is a long history spanning across centuries, that involves fighting for equality and human rights, most often in the shadows, to create opportunities for all people, regardless of background to access education, and find community and support during their time here. We’ve not always got it right. We continue in both of these cherished communities of mine to make mistakes and try to learn from them. What is important is that when we fall, we get back up. When we can’t get back up, someone else is close by to help bring us back up. There are a lot of new people who come to this area to start a new life each and every year, and so I accepted the invite to be a part of this project to let you all know to never give up or lose hope. If you need support, just get a hold of me and I will help you up or find someone who can.